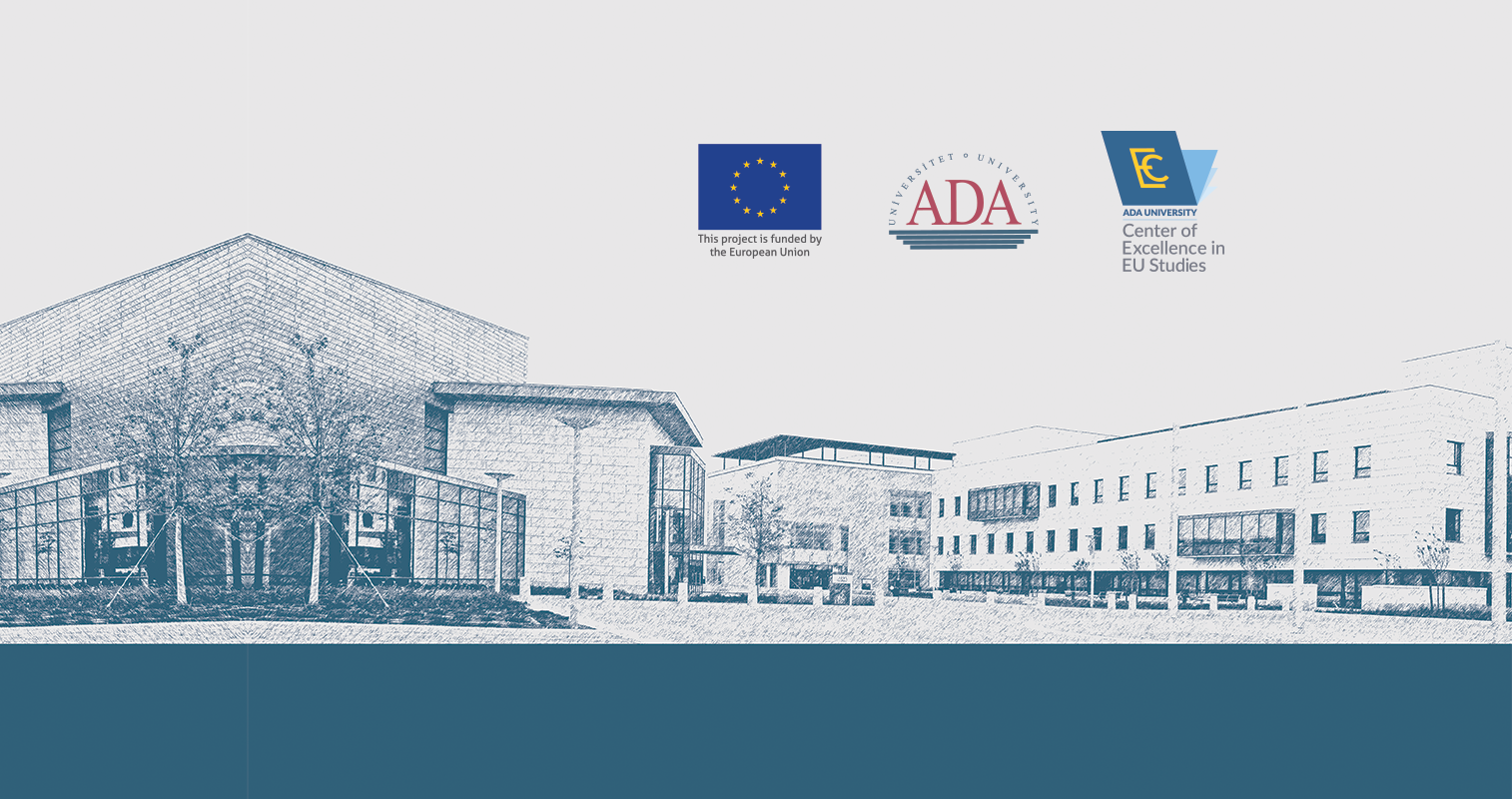 The overall objective of the project was to enhance the knowledge on European Union (EU) matters in Azerbaijan for better association with EU. ADA University and the College of Europe jointly implemented the project.  The implementation period of the Action started officially from 1 December 2013.  Once the project started, the Centre of Excellence in EU Studies at ADA University was established under the order of Rector.

For the whole duration, the project achieved significant results in implementation of the activities stipulated in the action plan. To address each target group’s training needs for a specific EU training topic, comprehensive Training Needs Assessment (TNA) was conducted in all state organizations, needs of Azerbaijani civil servants in EU matters were identified. Experts from the ADA and the College developed training procedures and toolkit and delivered a Training of Trainers (ToT) program for more than 140 civil servants and representatives from various educational institutions and others organizations. This ToT aimed to identify potential trainers to deliver future trainings for civil servants. To build capacities of 17 selected trainers study visit to the campus of College in Bruges, Belgium, was organized.

30 pilot trainings were delivered from November 2014 to April 2015 for more than 800 civil servants.Visit of ADA librarians was organized to the College to support the development of library concept. To support capacity buildings of ADA faculties, 11 study visits and researches for 14 participants were organized to 11 EU countries. Public lectures and open lessons by officials from EU institutions and state organizations were organized in ADA during the project. In order to evaluate knowledge gained by state organizations from trainings organized, TNA follow-up was organized.

In order to increase the knowledge of the young generation about Europe and the EU, a project entitled “EU info days” was organized for schools. During these info sessions, experts on EU matters informed 1500 primary and high schools schoolchildren from various 28 local schools about matters of the European Union, particularly its history and member states. The children learned interesting facts about European countries, their distinctive features, historical monuments, various cultures and much more.

As a result of the project, knowledge of more than 800 Azerbaijani civil servants in general and specific EU areas was significantly increased, society was informed about EU and the Centre of Excellence.

This project achieved the following results:

(i) Centre of Excellence in EU Studies (hereinafter CEEUS) was established at ADA;

(ii) A Training of Trainers (ToT) programme was conducted in partnership with the College, and a pool of trainers on EU-related subjects was identified to offer short/medium term training (over 160 ToT participants);

(iv) Intellectual resources of the ADA in the area of European studies were significantly strengthened through following actions:

a. preparation of several EU related courses and their materials by partner institutions to be delivered for the ADA students in the future;

b. teaching and research competences in the area of European studies of the ADA staff were improved during their study visit to the College of Europe;