The present publication represents the main output in terms of international research of PRaNet (Prevention of Radicalization Network) project, funded by Italian Ministry of Education, University and Research. 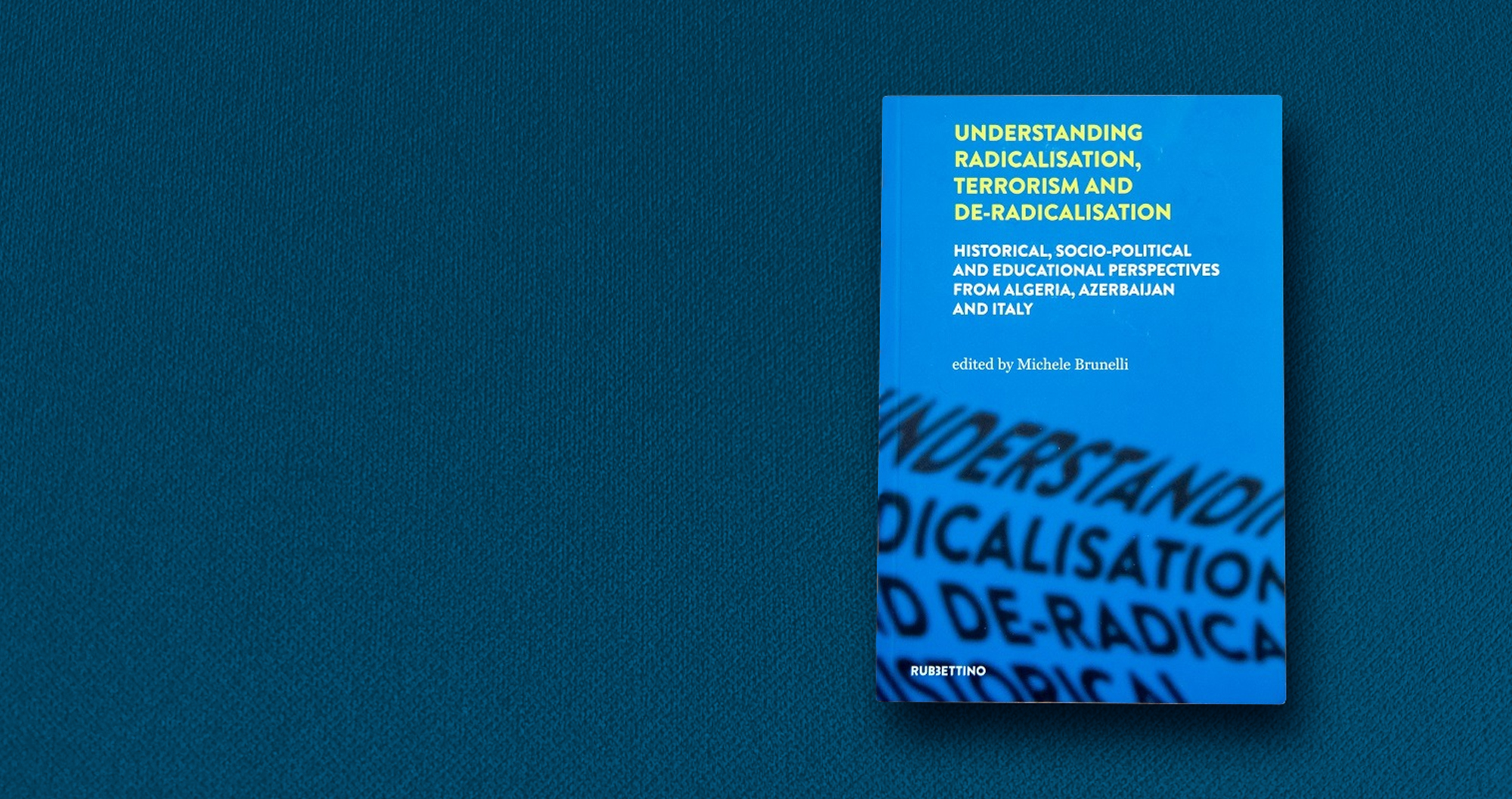 An international academic team of PRaNet Project (Prevention Radicalisation Network) consisting of researchers from Algeria, Azerbaijan and Italy is proud to announce release of a common academic publication. A book titled "Understanding Radicalisation, Terrorism and De-Radicalisaion: Historical, Socio-Political and Educational perspectives from Azerbaijan, Algeria and Italy" edited by Dr Michele Brunelli is a result of a two years long international project financed by the Italian Ministry of Education, University and Research. The book was co-authored by international team of researchers including Dean Dr Anar Valiyev and Assistant Professor Dr Lala Jumayeva, School of Public and International Affairs of ADA University, Ms Inara Yagubova, Center of Excellence in EU Studies at ADA University, and Ms Aydan Ismayilova, MARTE Program Alumni.
Terrorism and radicalization conducive to violent extremism are located among the most debated and controversial security topics in national and international fora. Existing or presumed connections between terrorist phenomena, radical ideologies, global or local conflicts, political or personal resentments and cultural debacle are continuously under unceasing research. The essays and articles collected in the framework of this publication, offer diverse and inter-disciplinary perspectives on terrorism studies and the analysis of radicalization as a political issue of present times.
In particular, radicalization, terrorism and de-radicalization are the three crucial conceptualizations around which all the international authors’ contributions have gathered to cover recent and current challenges posed by radical groups in a three-fold perspective. Three different countries, indeed, are here represented, very diverse but having in common a very favourable geostrategic position: Algeria, Azerbaijan and Italy. From the heart of Caucasian region, to the forefront of North-Africa and beyond, to the European Mediterranean peninsula, the three countries offer interesting perspectives on radicalization, terrorism and counter-terrorism efforts and response, that enrich the existing literature and research in the terrorism studies’ field with notable elements for comparison.
The first section of the book is devoted to radicalization: exploring the notion from the most prominent existing conceptualizations, the publication will start developing the highly contested relation with minorities and identity cleavages, first of all in the Caucasus area, rich of history and population encounters, then moving to Algerian analysis of freedom of expression as a factor of radicalization, and finally getting a glimpse into Italian experience of managing radicalization phenomena in relation to migration. A different perspective is offered through gender lenses: patterns of women radicalization are explored in the three countries contexts, offering in the case of Azerbaijan and Italy useful elements to enlarge the spectrum on radicalization, involving the wide geopolitical area in particular in relation to Islamic State influence and women responsiveness to radical ideologies.
The second section moves the analysis to the very concept of terrorism, which will be developed and identified in the broad and highly debatable range of definitions proposed by authors, governments and international organizations and institutions. Azerbaijani researchers will deliver the complex picture of the menace affecting the country, whilst Algerian contribution will put in correlation war crimes and acts of terrorism, with strong reference to the “black decade”. Italian evolution of terrorist crime will complete the debate. A further window will be opened on critical infrastructures and the analysis of potential objectives of terrorist attacks in the three areas, highlighting vulnerabilities and strategies of securitization. To close the section, terrorism funding will be analysed both in terms of strategies and current developments in Europe and beyond.
The third and final section deals with de-radicalization policies and strategies: firstly, the counter-terrorism response will be investigated in the three countries. Then, education will be given a key role in preventing and responding to terrorist and radical ideologies and threats, in particular to sectarian violence in Azerbaijan; educational reforms will be analysed in the Algerian case whilst initiatives of involvement of civil society will be debated in the European framework. Finally, Algerian reconciliation policy to address repentant terrorists will be unveiled and developed, in order to conclude the publication with a concrete and successful de-radicalization example.
The book will be of help to students, to the researchers’ community, to practitioners but also to governments in the collection of primary-source knowledge on strongly challenging contemporary cross-cutting phenomena, such as the terrorist threats to globally shared quest for stability, in the implicit belief that extremist violence arises out of intellectual failure, which can be remedied only through a broad, shared and targeted educational and cultural endeavour.